FAQ:  what's the purpose of a release liner?

The release liner’s purpose is to provide a means to protect and transport an adhesive to its application point and prevent adhesives from sticking until the user is ready for application.

One side coated (C1S) release liners: 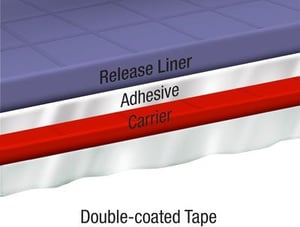 Differential release liners provide a means to protect and transport a pressure-sensitive adhesive (PSA), fiber composite material or heat-sealable adhesive to its application point, where the liner can be removed to leave only the adhesive in place.

C2S release liner can carry two adhesives with a substrate in between that can be wound onto and unwound from a roll.  This format is used when working with transfer adhesives, or using two different adhesives on two sides of a substrate. In either situation, the liner must have two different release values (surface energies) for proper performance to remove an adhesive product from a release liner surface.

Learn more in our Guide to Release Liners

VELCRO® and other marks are registered trademarks of Velcro IP Holdings LLC. Used with permission.